American Dreamer: The Life & Times of Henry A. Wallace 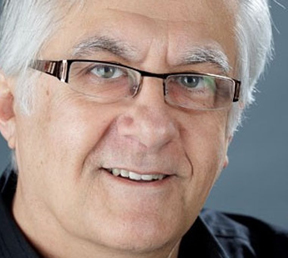 In this one-act play based on the award-winning book of the same name by Senator John C. Culver and John Hyde, Tom brings Henry A. Wallace to life. Wallace, the agricultural innovator and founder of Pioneer Hi-Bred Seed Corn Company, also became US Secretary of Agriculture, Vice President and US Secretary of Commerce under Franklin Roosevelt. Admired by many and later branded as a Socialist during his controversial 1948 campaign for the presidency, Wallace always held out a vision for the future.

Reservations are required. Rain date is Sunday, September 19.  More details are included on the ticketing page.

Performer Tom Milligan has spent 45+ years as a working theater artist in Iowa. As an actor, director, scenic designer and producer, his work has been seen throughout the Midwest, especially at the Des Moines Playhouse, Ingersoll Dinner Theater, The Drake Opera Theater, Hoyt Sherman Place, The Drama Workshop and other venues in the Des Moines area. In 2005 he moved to the Amana Colonies, working on multiple productions at the Old Creamery Theater and the Iowa Theater Artists Company, plus many self-produced productions.

There are no upcoming events at this time.