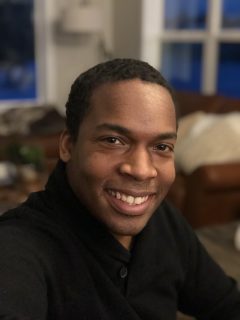 Paxton Williams of Des Moines will present “Listening to the Still Small Voice”, a one-man performance that describes the life and work of George Washington Carver (circa 1864-1943) including how his birth in slavery, struggle for an education and love of nature led him to become one of the most influential and inspiring renaissance men of the 20th century. Williams covers Carver’s time in Iowa, beginning in 1888 in Winterset, his studies at Simpson College and Iowa State College, and his friendships with Uncle Henry, Henry C., and Henry A. Wallace.

The event includes a dessert reception following the performance. Seating is limited so reservations are required. If all on-line tickets are sold, please contact Deborah by email or phone at 515.243.7063 as more tickets might be available.

Paxton Williams is an attorney and actor/playwright who believes in the power of stories to inspire, connect, and transform. Williams authored “Listening to the Still Small Voice” in 2000, and has performed it more than 400 times in the U.S. and England. From 2005-2009, Williams was executive director of the George Washington Carver Birthplace Association. He served recently as associate producer for the regional Emmy-nominated Iowa PBS documentary on Carver and was the content expert on the National Geographic Readers book on Carver.  A graduate of the University of Chicago Law School, Williams also holds degrees in political science, communication studies, and public policy from Iowa State University, the University of Michigan, and the University of Birmingham in England.